Skip to content
Inclusion has a significant impact on the bottom-line, but only if you walk the talk

Inclusion Has a Significant Impact on the Bottom-Line,
But Only If You Walk the Talk

To this effect, gender is a very important characteristic: companies can simply not afford to ignore 50% of the potential workforce and expect to be competitive. Still, women continue to be disadvantaged in the workplace compared to men. And that hurts your performance. We know that organizations led by women create 20% more coherent organizations and that coherent teams perform better. Failing to improve gender equality, therefore, results in a missed opportunity to outperform your competition. 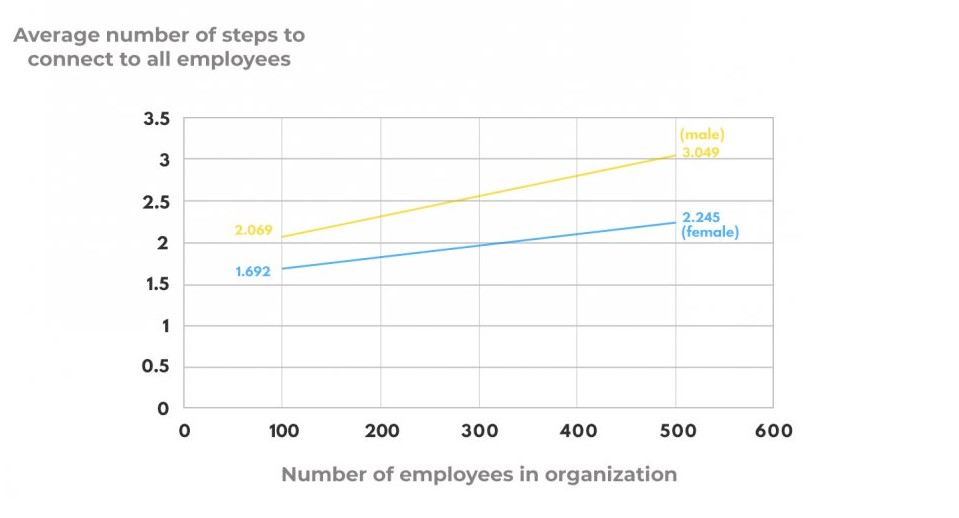 How to seize the opportunity of gender equality

You need to take the right evidence-based actions and engage the right employees who have the trust and respect of their colleagues.

This is not visible in your organizational charts. It’s visible in your informal networks between people. Only then you know what the barriers are for inclusion in general and gender equality specifically.

Your interventions then become the real efforts to improve inclusion and equality has a significant impact on the bottom-line. Don’t stay ignorant – find out how diversity and inclusion impact the collaboration in your organization!

A fast-growing FinTech startup wanted to be at the forefront of improving gender equality in their industry. The company campaigned and issued research on gender equality in the financial sector. They promoted fair compensation for women and the closure of the gender gap in equity ownership. The only problem was that they did not seem to practice what they preached.

Network data on this company reflect the picture of gender inequality brought forward by the employees. For example, when the analysis was carried out in 2017, only one of their four locations had women among its top leadership. The data also revealed a bias on all hierarchical levels of asking men for help and advice rather than women.

What can we learn from the FinTech startup?

The intent is not sufficient to realize the opportunity of gender equality. It requires active and continuous engagement. This involves changing the culture and norms within the organization, aimed to reduce existing biases.

A study by 3Circle Partners finds that 79% of a team’s potential is lost due to the gap created because team members fail to tap into the knowledge and expertise of their colleagues.

This fact reinforces what our data clearly shows:

“real efforts to improve inclusion and equality have a significant impact on the bottom-line!”