Skip to content
From technology to people enabled digital transformation

YOUR PEOPLE MODEL FOR DIGITAL TRANSFORMATION SUCCESS
This case tells you how a car manufacturer became a digital organization by building and managing a Digital Transformation Culture carefully!

A large car manufacturer with 11,000 employees was embarking on a digital transformation journey. Management knew it needed to build and manage a Digital Transformation Culture to become a digital organization.

Innovisor was therefore asked to identify the RIGHT people for the RIGHT tasks in the Digital Transformation programme.

1. People with informal influence
These people were part of the group of employees who had the largest influence in the whole organization. They, however, had indicated that they did not have time and competences to be actively involved in the Digital Transformation programme. Neither were they the ones that others saw as the early adopters of new technology. As a result, these informal influencers needed to be kept on board with the digital transformation initiative. Informing them on an ongoing basis was key because they were the ones who drove the perception of the rest of the organization.

2. People perceived as early adopters
These people were part of the group of employees and managers who were seen as early adopters of the new digital tools by their peers. They did, however, not feel that they had the time & competences to be involved in the Digital Transformation programme. That’s why it was key to know what to do with this group. An example was to share new digital expertise, tools, and methods earliest possible so that they could help with the acceleration of the total adoption.

3. People with time and right competencies
These people were recognized as the testers of new digital tools. They could be both employees and managers and were those that indicated that they both had time and the right skills. They, however, had not been identified by their peers as early adopters or informal influencers.

4. Managers with informal influence in manager’s group
These people were the small group of managers who collectively had the largest influence on the other managers. This made them the right people to involve in articulating digital transformation messages. 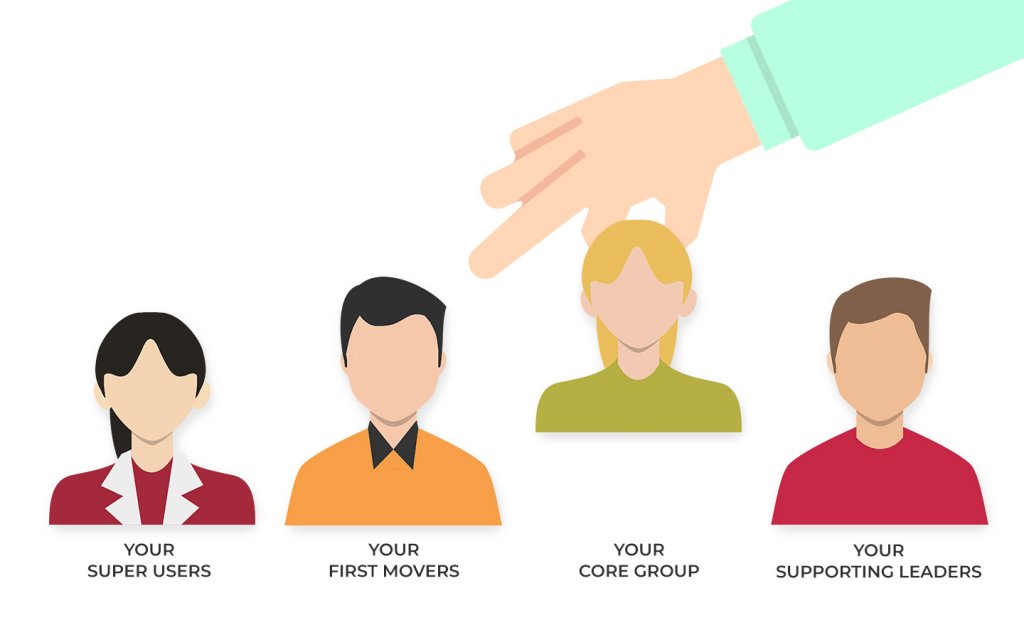 The overlap between the groups resulted in various stakeholder groups with specific tasks attached. More importantly,

A stakeholder plan was established.
The various stakeholder groups were involved in workstreams and tasks, where they added the most value to the digital transformation program: 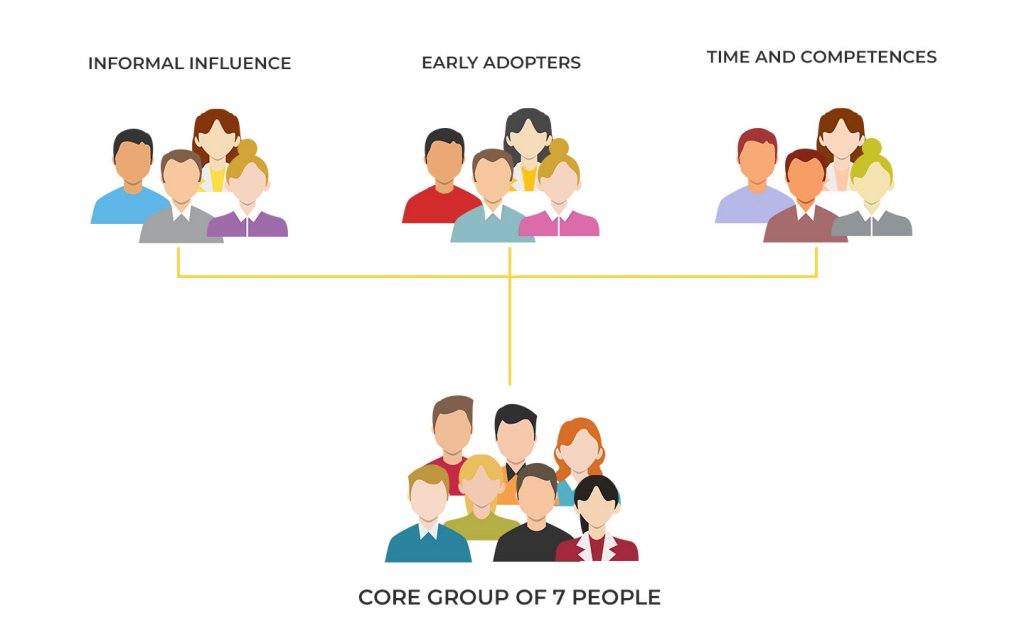