Skip to content
Diversity & Inclusion: You Broke The Glass Ceiling, Now It’s Time To Tear Down The Walls!

You Broke the Glass Ceiling. Now It’s Time to Tear Down the Walls!

With an increasing focus on gender ratios in leadership roles, we have all become aware just how few women hold managerial roles in many industries. One of the industries that is traditionally dominated by men is the Automotive industry. 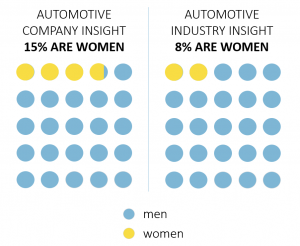 A leading gender diversity consultancy recently published the Global Gender Balance Scorecard for the Automotive industry. They concluded that women only accounted for 8% of the executives in the top 20 automotive companies in the Fortune Global 500 and that over half of those companies did not have a single woman on their executive teams.

Considering these numbers, the client seemed to be on the right track towards a more balanced gender ratio.

When we started diagnosing the real organization and its collaborative relationships, we however revealed a problem behind the numbers of the gender headcounts. Collaboration patterns showed that female top-level managers did not collaborate at all with their male peers, and only moderately with each other. The numbers behind this were shocking: 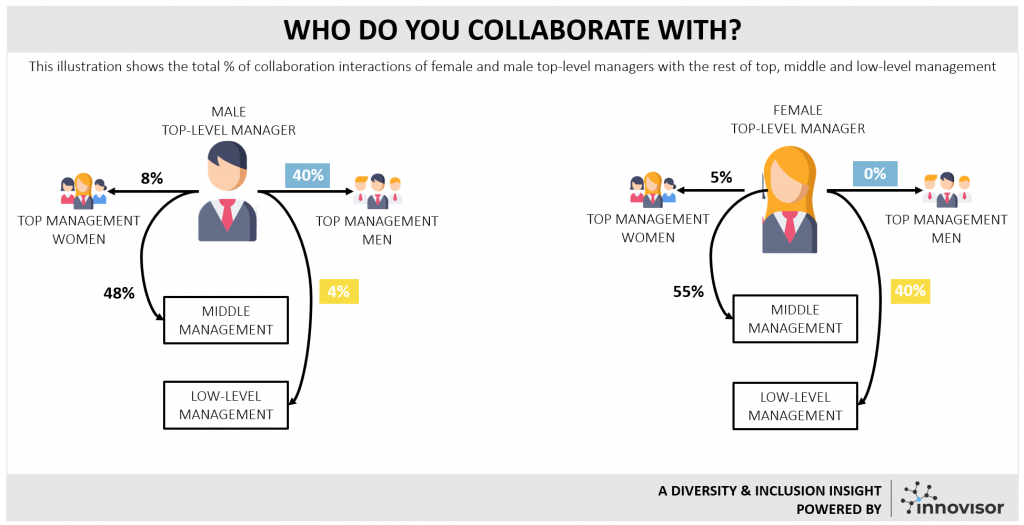 Women’s Leadership Programs do not address the issue

Although Women Leadership Programs are becoming more and more popular, they seem to differ very little in terms of what they focus on. Top universities such as Yale, Stanford and INSEAD all offer such programs, and according to their websites their focus is on developing personal leadership styles and skills, as well as connecting with other female leaders. Put differently, the focus lies on integration with lower levels and integration with other women, respectively.

Of course, these programs are a step in the right direction towards increasing the number of women in managerial positions. The questions are:

breaking the glass ceiling is not enough, it is also crucial to tear down the walls!

Thanks go out to our two business analysts, Sanne and Peter, for this amazing work.

Diverse and inclusive organizations require leadership by examaple. You cannot simply wait for diverse candidates to become a part of leadership teams. Leadership teams too need to break down barriers, realize synergies, and align expectations.