Skip to content
The Right Tasks To Accelerate The Success

WHY NAVIGATE YOUR CHANGE PROGRAM IN BLINDNESS?
This case tells you exactly what to focus on to be successful with your change initiatives and maybe even more important what not to waste resources on.

The Right Tasks to Accelerate The Success

WHAT WAS THE CHALLENGE OF THE COMPANY?

A company with 24,000 employees wanted to preserve the company’s culture and values, and wanted to mobilize company-wide engagement in this initiative. They asked Innovisor to give them the insights into the organizational networks which would help them navigating and succeeding in this massive change program.

WHAT INSIGHTS ACCELERATED THEIR SUCCESS IN THE CHANGE PROGRAM?

First, the company used the INNOVISOR CHANGE ACCELERATOR© to find the RIGHT 3% – the key influencers. The key influencers are the fewest number of employees who can reach the largest possible share of the organization. In this company they shaped the perceptions of 83% of the workforce. If the company could get these key influencers onboard, they would have a fast track to a company-wide engagement.

Second, the company used the Key Driver Analysis powered by Innovisor. This analysis guided them to target the right areas where the key influencers could make the biggest impact. It showed exactly what four levers the key influencers needed to be engaged in. 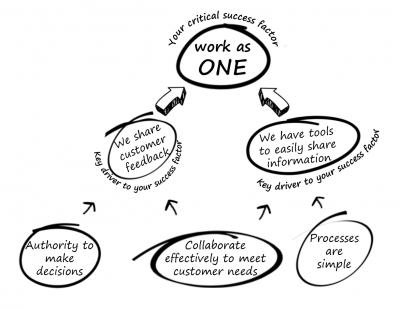 WHAT ACTIONS HELPED THE COMPANY ACCELERATE THE SUCCESS OF THEIR CHANGE?

The key influencers were engaged through the sounding board, idea generations workshops and co-creation and listening mechanisms. This way the company executed the right activities linked to the four levers from the Key Driver Analysis. 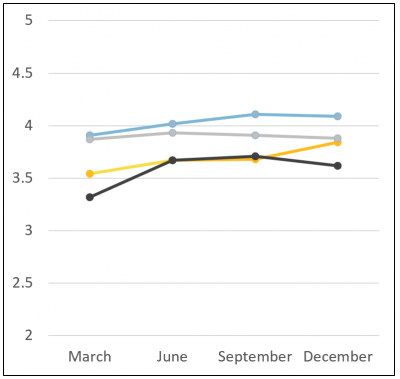 Figure 2 Change Tracker and how perceptions change over time

The company also used the Innovisor Change Tracker to regularly track the progress with shaping the perceptions of the key influencers around these four levers. This was essentially the company’s early warning system.

Change is something all companies go through. We know that a successful change requires an approach to more focus on the people who are to live out the change. But what exactly does “more focus on people” mean?