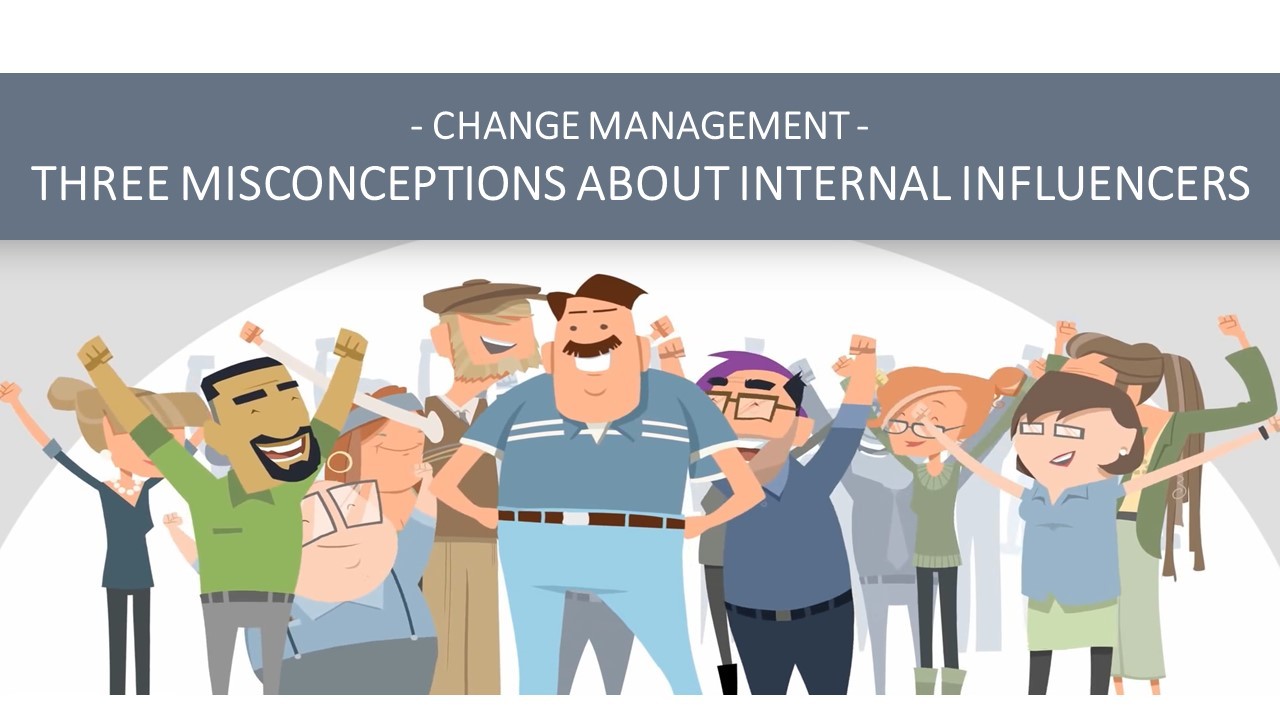 Over the past months I have had the opportunity to speak several times about something very close to my heart. My belief in the power of the people, when it comes to succeeding with change initiatives and transformations – and especially, the small group of highly influential employees that have the power to block or ignite.

The 3% of the employees that drive sense making for 90% of their colleagues.

What Are The Three Misconceptions?

In the speeches, I have asked the audience, what they thought characterized an internal influencer. It is my response to the those questions that I am sharing with you now

Internal influencers are more introvert than extrovert – not the opposite.

We see that confirmed again and again to the surprise of most executives. How can that be, they ask?

I believe it is simple. If you have a serious question, you would like to make sense of, then where do you go? – To a person that is just waiting for the moment, where you pause a single second, so they can give you their opinion? – Or to a person that is listening, reflecting and then comes back to you with a carefully considered opinion?

Most people would go for the latter (Read of an example here: Why Introvert Have More Influence)

In Innovisor, we have find no link between being an internal influencer and being a high-performer. This surprises most executives – not so much non-executives.

What happens, when you are appointed as a high-performer by the management in the organization, is that your colleagues immediately views you in a different way. You are special. Not part of the tribe. You do not conform.

The more tenured people are not more influential!

The only place where tenure impacts is within what I call tenure bands. Influence on people that have joined the company at the same time.

The more tenured employees on the contrary already have a network. They have used their brain capacity for connections on other more tenured colleagues. If they should create a relation to you they would have to replace you with someone from their existing network.

This is rare! According to our benchmark data most people reach their maximum level of influence after 4 years in an organization. Then, it stabilizes and eventually stagnates.

We Need To Embrace The Misconceptions to Succeed with Change

People need to make sense of a change before they decide to change, and that sense making happens at the water cooler, when they talk to the people they trust the most.

The misconceptions about influence I have just listed make us engage the wrong people in internal change activities – and then we fail! We have no way of countering the resistance that can build up in the informal organization. If we, however, engage the right people, then we can succeed.

What other misconceptions of informal influence, have you observed