Go back to Resources > Books 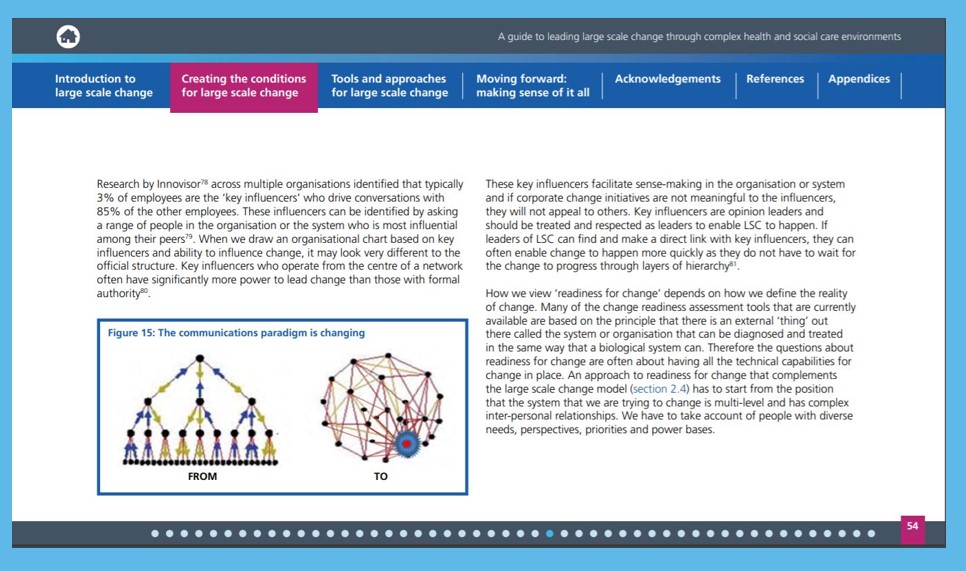 “Research by Innovisor across multiple organisations identified that typically 3% of employees are the ‘key influencers’ who drive conversations with 85% of the other employees. These influencers can be identified by asking a range of people in the organisation or the system who is most influential among their peers. When we draw an organisational chart based on key influencers and ability to influence change, it may look very different to the official structure. Key influencers who operate from the centre of a network often have significantly more power to lead change than those with formal authority”.

In this report – Leading Large Scale Change: A practical guide – NHS England helps all those involved in their organisations how to achieve transformational change in complex health and care environments. The #ThreePercentRule is documented as one of the ways to succeed with large scale change.

To read the full eBook, check out: https://www.england.nhs.uk/wp-content/uploads/2017/09/practical-guide-large-scale-change-april-2018-smll.pdf